In continuation of the Dashavatar mini-series, I will be describing the next two avatars of Lord Vishnu which are the following: Narasimha and Vamana

According to Darwin’s theory of evolution, after the creation of sea creatures and amphibians, came the mammals i.e., the carnivores and the herbivores. Lord Vishnu’s Narasimha avatar could be considered the phase before the development of the human beings. Narasimha can be split into two words: ‘nara’ and ‘simha’ which mean ‘man’ and ‘lion’ respectively. The story goes like this.

Hiranyakashyapu, the brother of Hiranyaksha was deeply saddened by the death of his brother. Filled with rage, he vowed that he’d defeat Lord Vishnu in a battle. He ordered his soldiers to harass and kill all of Lord Vishnu’s devotees and destroy every Vishnu temple that existed on land. The asura then climbed on top of a mountain and performed intense penance that shook the entire universe. Brahma was very pleased by Hiranyakashyapu’s austerities and asked him what boon he wanted. Hiranyakashyapu said: “Please bestow the boon of immortality upon me, O Creator of the Universe”. Lord Brahma replied with a smile: “Son, every living being that is born must die. That is the rule of the universe. I cannot grant you this boon, hence ask for another one”. “Then grant me this: May no human, animal or God kill me. May I not be killed during the day or night, inside or outside, in the sky or on earth and may no weapon harm me.”. The universe’s creator granted the boon and vanished. Armed with the boon, Hiranyakashyapu defeated the Indra, the king of the Gods and occupied his throne.

Alarmed, the Gods rushed to Lord Vishnu and requested him to save them from their plight. Lord Vishnu promised that he would kill the asura when the time was right. Meanwhile, Hiranyakashyapu’s wife gave birth to a son named Prahalad, who was an ardent devotee of Lord Vishnu. This greatly angered Hiranyakashyapu and he tried to kill his son on many occasions, but he failed. Every time, the little boy came out unscathed and thus was always protected by the Lord. One day, Hiranyakashyapu was filled with rage as he saw his son praying to his archenemy. He asked Prahalad: “Where is your Lord that you pray to all the time?”. Still immersed in prayer the boy replied: “He is omniscient. He is everywhere. He is within you and me and every living being in this world. No one else is greater than Lord Vishnu.” “Is He inside this pillar?” The boy nodded. Hiranyakashyapu took out his mace and attempted to smash the pillar into pieces. Before he could do so, a fierce figure emerged from the pillar. It was none other than Lord Vishnu, who had appeared in front of Hiranyakashyapu in form of Narasimha.

The two fought intensely. Narasimha first took away Hiranyakashyapu’s mace and threw it away. He then carried the asura to a threshold, put him on his lap and ripped his chest open with his claws at twilight. Thus, all conditions had been fulfilled and the asura was finally killed. But the Lord was still fuming with rage. Terrified at the sight, the other Devas requested Prahalad to calm Narasimha down with prayer and praises. Prahalad humbly went to the Lord and sat on his lap, singing his prayers. The Lord, after finally having calmed down, blessed the boy: “You will always have my blessings. You will rule for a very long time and then you will come to me to Vaikuntha in the end”. Thus, peace and righteousness were restored.

Prahalad’s grandson Bali, the king of the asuras was in the process of conducting a sacrifice so that he could become the ruler of the three worlds. Seeing the intensity of the sacrifice, Brihaspati, the guru of the Devas, advised Indra to vacate the throne and remain in hiding until Bali could be defeated by Lord Vishnu.

Seeing the plight of the Devas, Aditi, wife of sage Kashyap was deeply saddened by her sons’ plight. The kind sage told her to pray to Lord Vishnu and only consume milk. Thirteen days later, Lord Vishnu appeared and promised Aditi that he would take the form of her son.

A few months later, Lord Vishnu appeared again as Vamana (meaning “small man”, translated from Sanskrit) and set off to Devaloka, where Bali was performing another yagna. Bali graciously welcomed the small man and washed his feet himself. He then asked him what he would like to have. The small man chuckled and asked for three paces of land measured by his own feet to which Bali agreed. The asura’s guru Shukracharya realized that Lord Vishnu had come as Vamana to save the Devas. He then commanded Bali to retract his promise, but Bali ignored his guru’s advice.

Vamana grew size. He placed the first step and covered the earth. With the second step, he covered the heavens. There was no place for the Lord to keep the third step. Bali then requested Lord Vishnu to keep the third step on his head, thus showing humility, and keeping his word. Lord Vishnu appreciated his sense of Dharma and proclaimed him as the King of Patallok and a place in Vaikunta once his time came to an end. During his rule in Patallok, he would be allowed to return to earth once a year which would be celebrated as Onam in present-day Kerala. 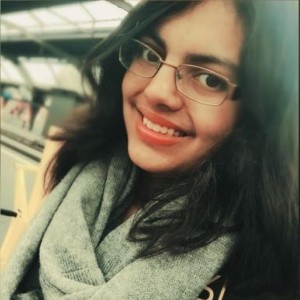